“Black lives matter because, yes, we are human. But unfortunately, the way that the world has been shaped, over the last 400 years, we have been made subhuman and we need to bring humanity back.”

Black on Board Community Olmec has built an opportunity for people of colour to share their thoughts and feelings on recent events into our Black on Board (BoB) training. In the video above, BoB delegates discuss why Black Lives Matter.

In 2020 the murder of George Floyd in America has led to a global outpouring of anti-racist protest. The fact that in 21st Century we need a Black Lives Matter movement at all is a sad inditement of a world that continues to discriminate against black and brown people.

Racism in the UK is a reality and borne out in the facts if we look at the disparities in employment, education, health, housing and the criminal justice system. Those facts are recorded in data sets such the government’s own race disparity audit.

Report after report, commission after commission, document racism in Britain. Following the murder of Stephen Lawrence, the 1999 McPherson Report concluded that the investigation had been “marred by a combination of professional incompetence, institutional racism and a failure of leadership”.

In the 2017 Independent review of deaths and serious incidents in police custody by Dame Elish Angiolini QC, she wrote that “Deaths of people from BAME communities, in particular young black men, resonate with the black community’s experience of systemic racism.”

Deborah Coles, Director of INQUEST said “The disproportionality in the use of force against black people adds to the irrefutable evidence of structural racism embedded in policing practices. ”

“The 2017 McGregor-Smith review suggested the economy could receive a £24bn annual boost if businesses stamped out ethnic inequality.”

Britain’s premier race equality think tank is the Runnymede Trust. Set up in 1968 Runnymede’s projects and publications have built up a body of evidence on a wide range of areas that address key race equality challenges for public policy and public debate.

Dr Omar Khan, Chair of Olmec and former Director to the Runnymede’s call for a national race equality strategy has to date fallen on deaf ears.

“The extent of the inequalities, the links between poor outcomes in the labour market and prior inequalities in life, and the compounding effects of those inequalities over the life course (and intergenerationally) make it difficult to tackle racial inequalities”, concludes Dr Khan.

Reni Eddo-Lodge wrote in her seminal book ‘Why I know longer Talk to White People about Race’, “Structural racism is never a case of innocent and pure people of colour versus evil white people intent on evil and malice. Rather it is how Britain’s relationship with race distorts and infects equal opportunity”

“It is time to face facts. It is time to acknowledge racism in the UK. It is time to address our present and understand the past. Teach the true horrors of Britain’s colonial past in our schools. Time to tackle the structural causes of racism. Time for black and brown voices to be heard, not marginalised. And to paraphrase the Green movement’s maxim, time to think and link racism globally and act locally.”

“It is time to face facts. We stand at a moment in history. It is time to acknowledge racism in the UK. It is time to address our present and understand the past. Time to tackle the structural causes of racism. Time for black and brown voices to be heard, not marginalised.”

“Black lives matter for one simple fact, we are human beings. There is a lot going on, we’ve been subject to injustice and inequalities for far too long. It’s ingrained in British society, it’s not just the US. The whole British Empire was built on the back of slavery.

When you go to the museum, it’s everybody elses history. The main thing they took from us was our people, they took our heritage, they took our culture, they took our names away from us. In every single aspect of society, we are victimized, we are discriminated [against], we are looked down on.

One last thing is, I attended the protest over the weekend, and the amount of solidarity, the amount of support there is from non-BME. non-black people. It’s astonishing and we need them on board, we cannot do this alone, it has to start from within. Black lives matter, united we stand.”

Black on Board Delegate

“Why do black lives matter? I think the question is more, why do we need to tell anybody that at all? We deserve the same love and care, the same smiles when you greet us and the same support and recognition as the rest of the global community.”

Black on Board Community

Black on Board delegate

Black on Board Community
Campaigns

If You Want to Make a Difference, Please
Support These Campaigns

Some description text for this item 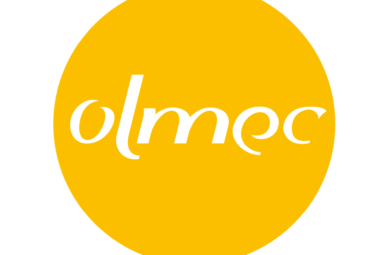 Right now, there is no major memorial in England to commemorate the
Sign This Petition

Joe Pajak started this petition to UK Parliament and 1 other. Statues
Sign This Petition

Replace the Statue of Edward Colston With a Black Individual

Following the statue of Edward Colston being thrown into the harbour, it
Sign This Petition
See All Petitions
Subtitle

Race Disparity in the UK: The Facts

This report provides an overview of the main findings from the first release of data from the Race Disparity Audit, published in October 2017.

As well as a review of each topic on the Ethnicity Facts and Figures website, the report presents an overview of disparities that have most impact across all aspects of people’s lives. The Bronze Woman sculpture of an African-Caribbean woman holding aloft a child was created to celebrate the contribution of the African-Caribbean community to the Capital, on the 200th anniversary of the end of the transatlantic slave trade in 2008.

The monument is based on a poem written by Cécile Nobrega. Cécile was born in Georgetown Guyana on 1st June 1919 and came to London in 1968. Cécile was an accomplished classical composer, poet, sculptor and educator. As an active trade unionist in the National Union of Teachers (NUT) she campaigned against placing children, usually from racialised communities in Educationally Subnormal Schools (ESN).

How to Be a True Ally to Black Lives Matter

So what can you do if you want to help? Actor and writer Obioma Uguola, has spoken to friends who are unsure how to show their solidarity for the movement.

From recognising the existence of anti-blackness throughout the world and acknowledging the United Kingdom’s long history of atrocious crimes, to realising that racism is not an American problem, but one that lives here too, here’s some tips on how to be a true ally to Black Lives Matter.

Some description text for this item

to top
We use cookies on our website to give you the most relevant experience by remembering your preferences and repeat visits. By clicking “Accept All”, you consent to the use of ALL the cookies. However, you may visit "Cookie Settings" to provide a controlled consent.
Cookie SettingsAccept All
Manage consent

This website uses cookies to improve your experience while you navigate through the website. Out of these, the cookies that are categorized as necessary are stored on your browser as they are essential for the working of basic functionalities of the website. We also use third-party cookies that help us analyze and understand how you use this website. These cookies will be stored in your browser only with your consent. You also have the option to opt-out of these cookies. But opting out of some of these cookies may affect your browsing experience.
Necessary Always Enabled
Necessary cookies are absolutely essential for the website to function properly. These cookies ensure basic functionalities and security features of the website, anonymously.
Functional
Functional cookies help to perform certain functionalities like sharing the content of the website on social media platforms, collect feedbacks, and other third-party features.
Performance
Performance cookies are used to understand and analyze the key performance indexes of the website which helps in delivering a better user experience for the visitors.
Analytics
Analytical cookies are used to understand how visitors interact with the website. These cookies help provide information on metrics the number of visitors, bounce rate, traffic source, etc.
Advertisement
Advertisement cookies are used to provide visitors with relevant ads and marketing campaigns. These cookies track visitors across websites and collect information to provide customized ads.
Others
Other uncategorized cookies are those that are being analyzed and have not been classified into a category as yet.
SAVE & ACCEPT